Latest News from the Crew

This artwork made possible due to a grant from Burning Man.

Imagine, if you will, crossing the Silk Road through the deserts of Central Asia on your way to the far and fabled East. Passing through lands decidedly foreign to the home left far behind, the buildings and people, food and customs, the very landscape itself are all novel and peculiar. Your gaze, casting about, encompasses new and unusual sights in every direction. At the present moment, far along your path through the flat and featureless wasteland, an apparition emerges, a wavering, shimmery tower emitting mysterious flashes of light from its pinnacle. The interminable plodding of your fire-breathing art camel brings you endlessly closer, gradually transforming the hypnotic mirage into the slender spire of a minaret, something read about in the journals of others, but never before witnessed with your own eyes. Closer still, the sides of the tower are revealed, covered in strange, indecipherable designs, in which you sense but cannot arrive at any meaning. At the base, an entrance. Your curiosity piqued, you enter and climb for a chance to view up close that invitingly strange, flickering light viewed from afar. On an open platform high above the ground, entranced by the awe and grandeur of the external view, it takes some time before the occasional crackling sound behind you enters your awareness. Turning to investigate its source, you come face to face with a crystal vessel, all that is separating you from a simple structure containing what appears to be a miniature lightning storm. This has your attention now, but what just what the hell could it be? Within this strange vessel hangs an arrangement of numerous metal plates connected by audible trails of sparks every few seconds. Very curious indeed. Puzzled, you glance around for any kind of explanation and, looking up you see, in every language known to the makers, descriptions of what is before you. You slowly realize that this device is making perceptible to you an all pervasive, invisible force that permeates the very fabric of the Universe. You stand witness to visible echos of distant cataclysms; the birthing spasms of supernovae, the titanic outpourings of Active Galactic Nuclei releasing vast torrents of energy into the void, and the final gasps of dying stars. Exposed to a layer of existence that before this moment you were not aware even existed, you find yourself humbled in the presence of a device that introduces you to the empirical reality of Cosmic Rays.

With all of your help, Cosmic Praise made it to the Play in 2014! Thank you again for helping to make this vision come true for me and all of the people who worked tirelessly to make it happen. Here are some images of what we did: 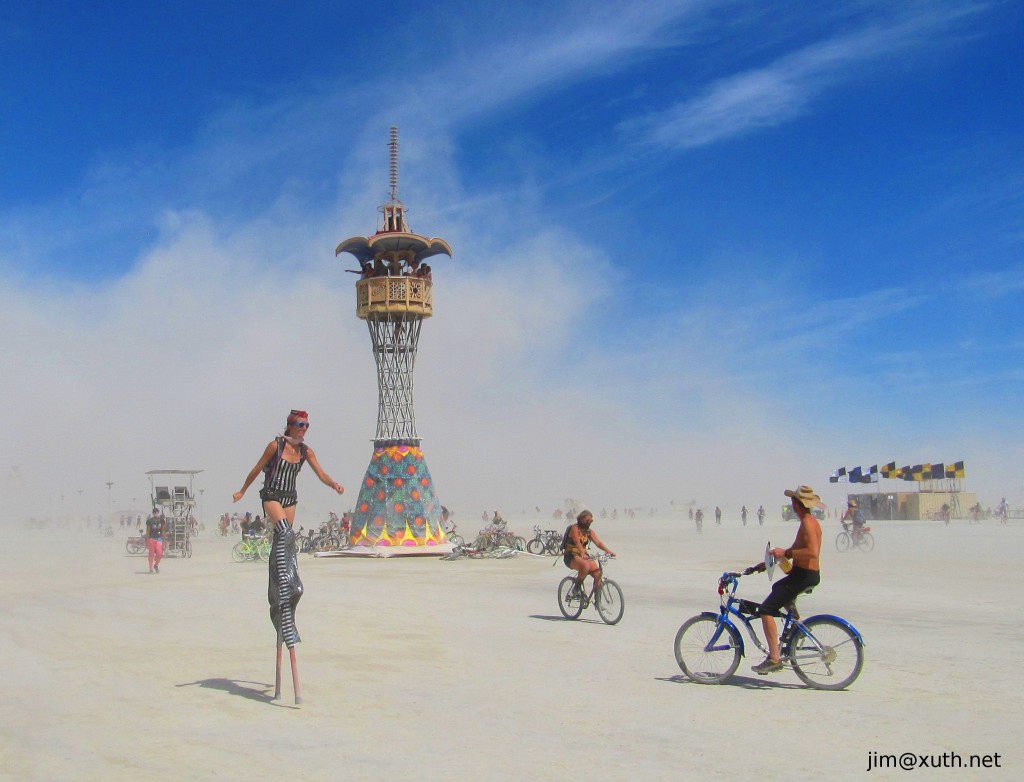 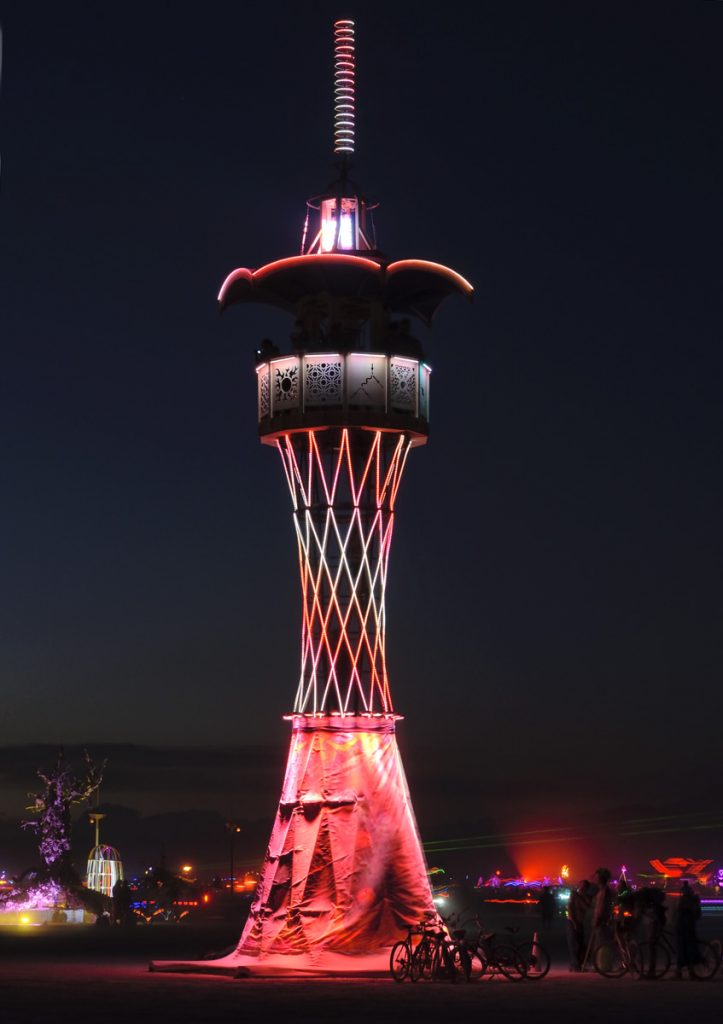 At night  (Image courtesy of Delano) 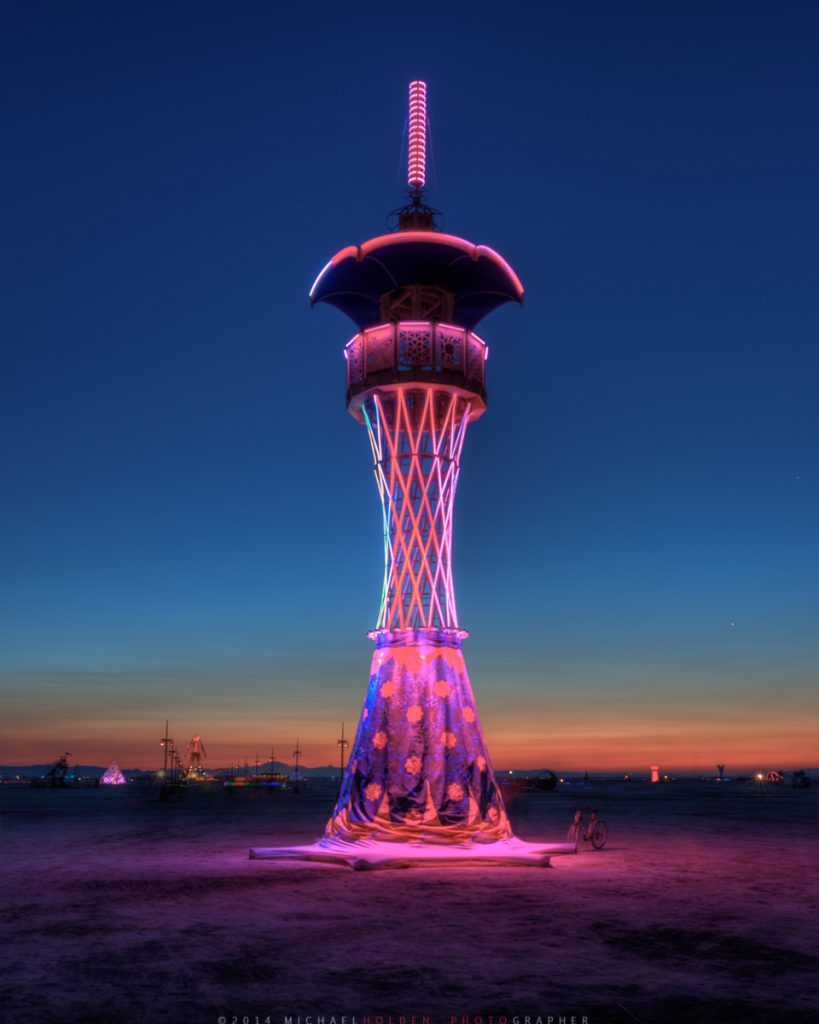 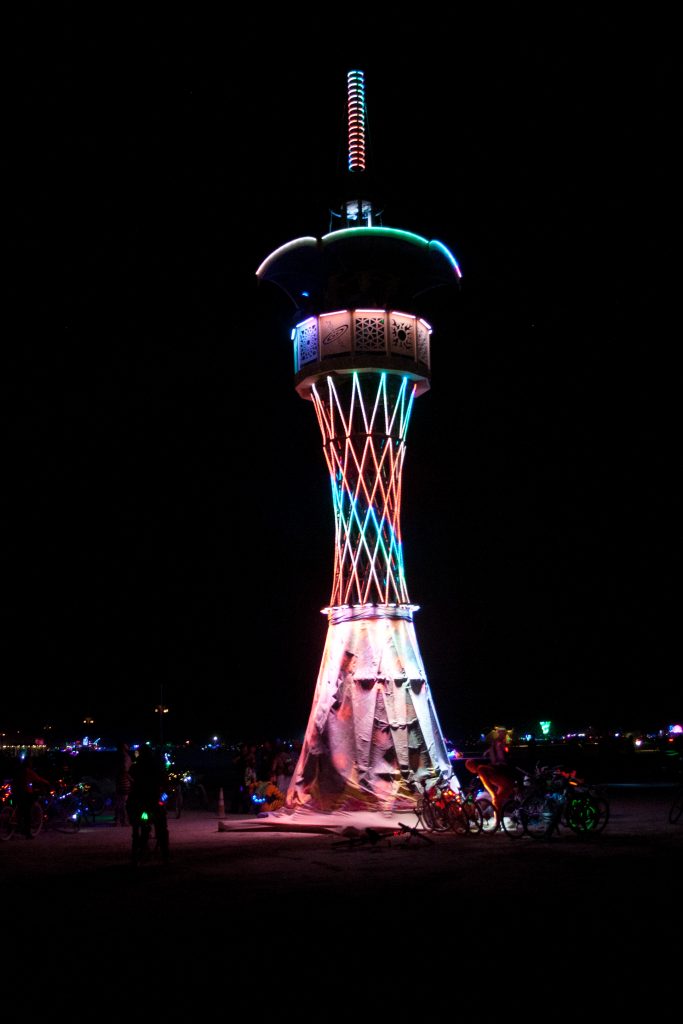 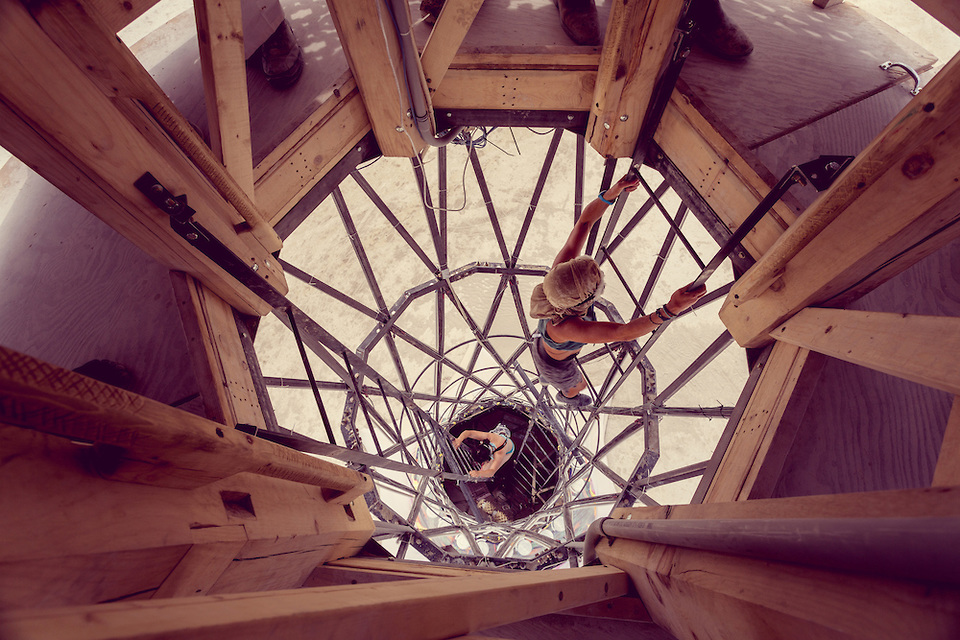 Climbimg Up Inside (Image Courtesy of Duncan)